Brexit is a quite unprecedented moment for the UK economy, with every sector trying to understand the impact as the weeks and months go by.

Property Developers looking for funding are anxiously wanting to know whether rates and terms will impacted upon as credit teams around the country analyse and assess.

As a development finance business, our research since Brexit with over 50 credit teams, as well as several surveyors, means we have a decent handle on the current, although fluid, status quo.

As it stands at the end of August 2016, the fall out has not been severe. It must be noted that the below represents the facts as we understand them now and a situation that through our blogs and Quarterly Guides we will continue to update clients and the community at large on.

We will look at the issues that Brexit has brought up, what is happening to lending, what is happening with valuations, and ultimately the consequences of those seeking property development finance in the next few weeks and months.

Our issues are Confidence based, not Liquidity based

In 2008 we were suffering from a severe shortage of liquidity, as well as a steep drop in confidence.

This time the nation and lenders have plenty of liquidity, and at the moment only a slight drop in confidence caused by an uncertain future, not a certain downturn.  Most development finance lenders are privately financed, and the funding lines they have in place are still there, virtually to a man.

The dip in confidence comes from the great unknown of what Brexit will eventually look like. The chances are that as the Brexit picture becomes clearer, confidence will increase and the slight restriction in funding will loosen up again.

The key issue is not particularly lending, but valuations.  It’s the surveyors with the confidence problem and with good reasons. We will cover the uncertainty of valuations in due course, but the one major positive to take is we have the liquidity in place for when valuation confidence improves.

Uncertainty in any economy leads to two issues with regards property development finance.  Lenders restrict what they are willing to lend, and surveyors downplay the land or property they value, resulting in reduced funds available, less loans approved in general.

The good news is lenders are not restricting lending as much as one might think, nor are vast waves of lenders halting lending altogether.  Many had already tweaked criteria in early 2016 on the back of oversupply issues.  Coupled with strong liquidity ratios, many lenders don’t see any immediate need to re-assess further.

The bad news is the impact Brexit is having on surveyors and the tolerance they apply to their valuations, which we will cover shortly.

Was Finance Restricting A little Anyway?

Quite aside from Brexit is the likelihood that a 2017 house price drop was on the way in any case, partly as a result of luxury apartment scheme over-supply in London.

It is clear that the price of land is extremely high, and that there has been a significant drop in property prices in Prime Central London locations.

The over-supply issue, a recent black cloud on the horizon for many a lender, is a situation that needs to be factored in and monitored over the next 12-18 months.  Some sites are yet to beginning building, whilst those schemes due to complete house thousands of units that were bought off-plan internationally.  Many overseas purchasers planned to flip, and it is widely accepted now that there is a lack of end-user local demand to match.

It is for these reasons that many lenders tightened lending a little in early 2016, and as a result so far have not seen the need to restrict further post-Brexit. 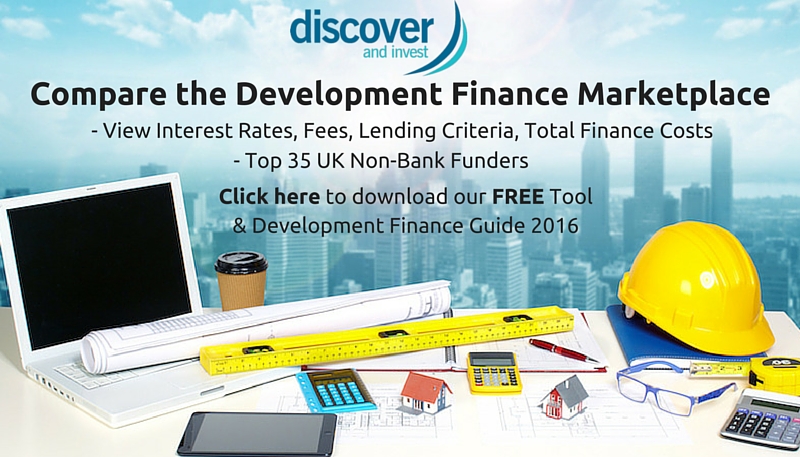 Lending has not changed greatly

Furthermore, property developers will be delighted to hear that for the vast majority of lenders, it is business as usual.

A couple of smaller lenders have stopped, at least temporarily, and that is probably due to the low risk profile of individual investors who have financed them. The major lenders don’t have that problem.

Some tightening post-Brexit has occurred, and with some main lenders whose terms haven’t changed, they may now reduce the volume of loans they approve by 25% or so.

So some lenders will lend 5% less against the GDV, and some will require borrowers to put in 5% more. However, not all lenders have made this change, with some still lending at 90% loan to cost and up to 70% of GDV.

So what does that mean now for property developers seeking finance?  To ensure propery developers are getting the best terms and rates they can get, they must be on top of the 35 or so development finance lenders at all times, and understand what credit teams across the marketplace are now looking for and how they compare.  As the consequences of Brexit continue, positive or negative, it is highly likely that some lenders' criteria will continue to move, and it will be important to know who is doing what, and when.

The New Problem with Valuations

An undoubted issue is the uncertainty surveyors now have when valuing land or property since the Brexit vote.

It is understood that valuations are currently being downgraded by up to 20%, or having “uncertain market” clauses entered into valuation reports, at the request of the governing bodies. When surveyors are in danger of being sued if they get the valuation wrong, it is not difficult to understand why this measure is being taken.

There are a few factors combining here to make life potentially difficult for both lenders and property developers. Firstly, the downgrading/uncertainty over values, secondly the stubbornly high price point for buying land, and thirdly the fact that lenders are equally uncertain when deciding whether to lend, and at what level, as a result of either the numbers not working or the valuation uncertainty.

Some lenders will take a view and lend, whilst some won’t. The interesting fact about this marketplace is not all lenders share the same view; far from it. Some lenders may only lend if they see decent project margin or the borrowers has significant net wealth through additional owned assets.

If this scenario continues, the result will be funding shortfalls because the debt funding does not cover the full amount needed. In order to complete deals, the asking price for the land will need to come down, or developers will need to find extra funding, or they will need to put in more cash themselves.

You can see how this might play out, but only time will tell us more. We will all be assessing and evaluating in the months ahead and one hopes it leads to a positive conclusion.  Some sites may well stall though unless land prices fall; otherwise it may be difficult to make the numbers work for any of the parties involved.

Where we need to get to in the future is a place of certainty on valuations, which will in turn have an upward effect on confidence, subject to any other economic factors that may be at play at that time. That will only happen once we have some strong political movement in the UK’s favour.

It will be important to keep in touch with the major players to understand where we are heading. One such place is the Royal Institute of Chartered Surveyors (RICS), and their Brexit policy papers and comments can be found on the link below:

The current probability is that loans will be slightly reduced in size, coupled with uncertainty for the lender over what the valuation now amounts to.  The consequence for a number of property developers will be a potential senior debt funding shortfall, and the need to plug the gap in one of three ways.

Firstly, some developers may qualify for mezzanine finance, also known as top-up or second charge funding. Those ratios have reduced slightly as well to around 70% of GDV, but at around 2% per month on the shortfall, the blended cost of finance remains reasonable.  However beware that some senior debt lenders (mainly the banks) won’t accept a second charge.

Secondly, a developer may be able to fund the shortfall out of their own pocket. This may mean in the next 6-12 months that property developers are unable to do as many simultaneous projects as they would like, but they will at least be able to continue with some of them. Note that some lenders won’t accept extra cash as equity if it has been raised through some form of other finance or debt.

Thirdly, if property developers using own funds or mezzanine is not possible or preferable, there is the property equity investment market to engage with for funding, as discussed below.

The Rise of the Equity Investor

One opportunity Brexit has presented in the property market is for equity investors, or equity investment firms, who will have an increasing number of opportunities to help property developers cover project finance shortfalls, or fund complete developments.

The types of equity investment channels available to a property developer include companies, some of the modern peer-to-peer funders, syndicate clubs, and High Net Worth individuals. The options available are increasing all the time as both private and corporate investors seek a better return in an uncertain market, and as the demand for equity grows with the slight restriction in senior debt lending criteria.

Equity investment can arrive in the form of either the cash shortfall, or if the property developer wishes to deal with just the one partner, some can fund 100% of the project finance on a Joint Venture basis. Interest is typically not charged; instead a profit share arrangement exists where the funder is paid at the end of the project out of the sales of the units built.

Whilst more expensive, these routes tend to have a more flexible lending criteria. So for those property developers who just miss out on debt funding due to tight margins or credit history issues, equity investment might be a sensible finance route, at least in the short-term whilst the reality of Brexit unfolds.

It’s not all doom and gloom!

Whilst there has clearly been some issues in our post Brexit world, the good news is liquidity is still strong and the funding marketplace has remained stable, if a little more restrictive in some quarters.

So Where are we? 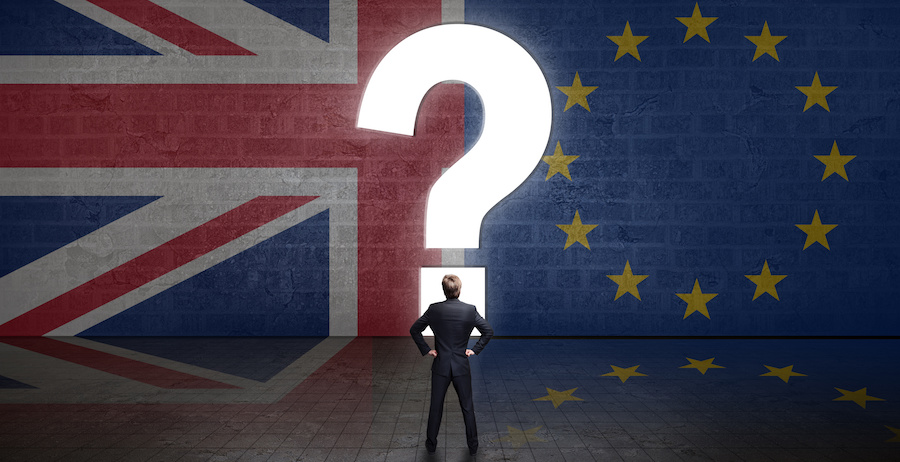 Through our Blog and quarterly guides, we will continue to keep developers and associated parties up to date with the post Brexit development finance industry. If, as a result of Brexit, you've had your terms change dramatically, you need to re-assess your options quickly, or need some extra investment to make a project stack up, why not enquire here to find out if we can help.

I want to read more articles on development finance...click here

I want more information on how this finance works...click here

I want to download your Guide and Marketplace Comparison Tool...click here 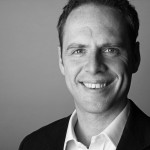