How Has Brexit Impacted Property Developers?

With Brexit shaking confidence and stability within many industries across the UK, there’s no telling how it’s going to impact your business or interests. As a property developer, you’re highly dependent on the health of the construction industry, as well as access to plenty of new property buyers and BTL investors. We’re going to take a look at how the recent Brexit vote stands to influence that.

The fact is, Brexit is always going to be a tumultuous and interesting shift in the world, and a fascinating time to live through. Interestingly, the areas that most avidly supported the Brexit vote, such as Cornwall and Wales, were also those that received the most EU structural funding. Regardless of personal politics, it’s important to take a look at the long term impact for many industries within the UK.

With a huge percentage of building materials produced overseas and shipped in for use in the UK, a rise in price was essentially inevitable as we leave the EU. Ranging between 10-15% increases, and with the UK’s increasing lack of local building material production means, this could prove hard hitting for the building industry and property developers, as the cost of work rises.

Why not turn to local suppliers, you might say. It’s been substantially cheaper to import larger amounts of building and construction materials from overseas for a long time now, with the UK’s steel and other related industries steadily decreasing in scale due to primarily overseas competition. Potentially, Brexit could give local factories a boost here in the UK.

The construction industry has long depended on the free movement of labour throughout the EU, with non-UK nationals performing many non-skilled and skilled construction jobs. It’s not unreasonable to assume that as it gets harder to work in the UK, you’ll see more and more of these skilled construction workers heading for France or Germany, rather than the UK. This could very well increase the overall cost of getting building work completed. Due to the lack of skilled construction workers available, there’s been increases in salaries seen across the industry, which is positive for growth, but potentially costly in the short term. Essentially, more bad news for property developers in the UK.

In the months preceding the vote, banks were lending less to property developers, and the industry has struggled to recover since. Recent tax and lending changes have made it harder on would-by BTL investors, who typically buy up around 30% of developed properties. This is forecast to have a lasting effect on property developers, as they start struggling to shift properties.

Changes includes the increased SDLT (Stamp Duty Land Tax) when purchasing rental properties, as well as the cuts to tax breaks for buy to let investors have made it an increasingly difficult arena to turn a steady profit in, especially as a higher tax band payer, where a vast chunk of your profits are now set to be eaten up by tax.

With some higher tax band BTL investors setting themselves as limited companies to limit the effects of these changes on their finances, it’s become much harder for established BTL investors, as well as people new to the game. 2017 has seen a shift in the PRA’s lending criteria, with a greater focus on stress and affordability testing, and a 30% drop in loan size, when combined with the SDLT increase, it’s made it downright awkward to get a foot in the door.

It also stands to reason that as fewer people come into the country from overseas, the demand for housing is going to drop significantly. This could make things even more difficult for property developers trying to shift projects. Having said that, the depreciation of the pound in the months following the Brexit vote has made property investment in the UK an attractive proposition when compared to the more expensive European cities, like Berlin or Paris. So it’s a mixed bag for property developers in the UK, and we’ll just have to see how it develops. 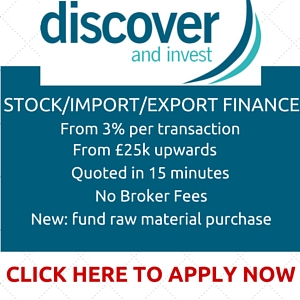